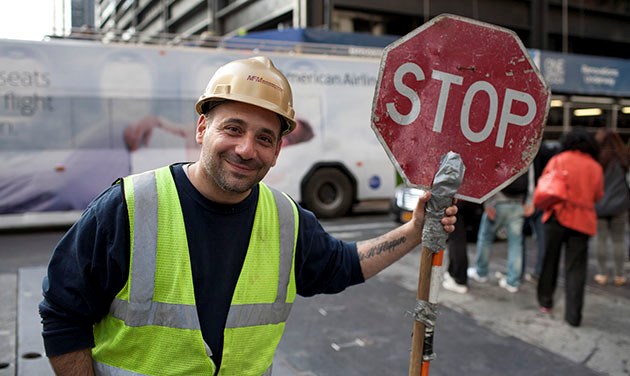 As a photographer on holiday in New York City, the photography capital of the world, there was no way I was coming home without a camera full of photos.

For personal photography projects it’s always best to have a specific aim in mind, otherwise the tendency is to randomly shoot everything and anything with the results being an uncoordinated set of photos with no real focus or direction.

I didn’t see the point in photographing all the usual tourist attractions – after all, I can see thousands of these in books and online anyway – and I certainly didn’t want to come back with a series of holiday snaps.

I wanted to photograph something far more personal and something that would be my experience of the city. So as a people photographer, the obvious choice was to photograph people. But again, who would I photograph?

The brief I gave myself was to take natural portraits of workers in the city, unposed and shot in their working environment.

Everybody had to be asked and they had to be a worker of some description. So random, candid shots of tourists or people who simply looked ‘interesting’ were to be ignored.

So armed with my Canon 5D and 35mm lens I headed out onto the streets looking for potential subjects.

Apart from about 1 in 10 who said 'no', most people were happy with me taking their picture and I ended up talking with most of the people after the shot had been taken. Possibly something to do with the English accent I guess.

Here are some of my favourite New York City street portraits. 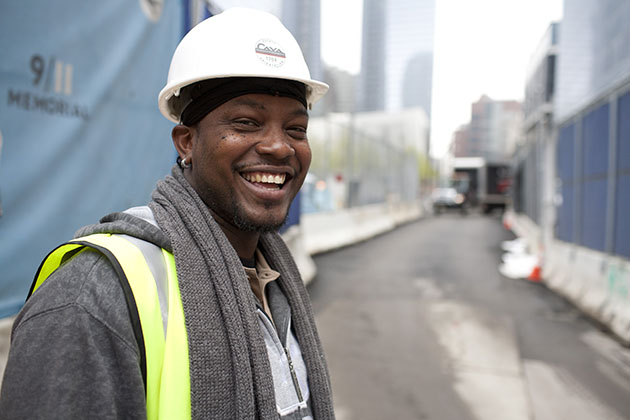 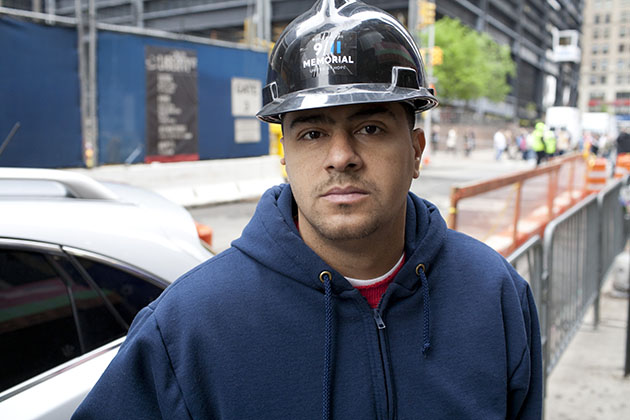 The financial district where we were staying was undergoing a huge amount of renovation work, so the whole area was full of construction workers. These were a proud bunch of men and women whose pride for their city and passion for rebuilding it after the devastation of 9/11 was abundantly clear.

Further uptown, the entrance to Central Park at 72nd Street, opposite the Dakota building, had a relaxed atmosphere which was another favourite area for photos. 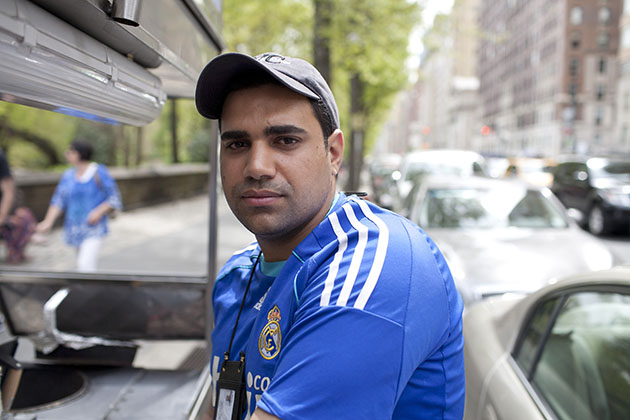 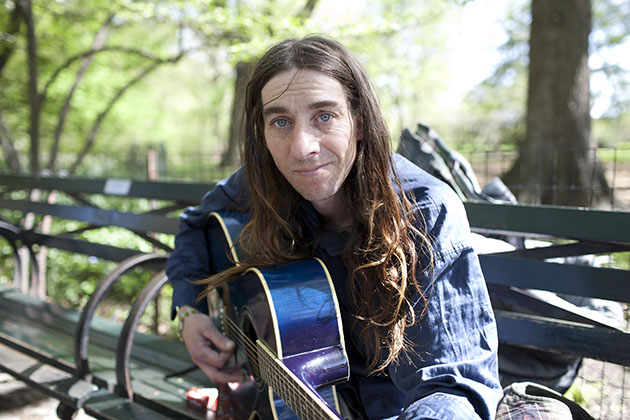 Just inside the park this man was playing Beatles songs by Strawberry Fields, the memorial to John Lennon. Whilst I tried to avoid photographing street performers as they were 'too easy' to photograph, I felt he was really having to work for his money and playing guitar was his only possible source of income.

Most days I would walk miles as I looked for interesting people to photograph. But wherever I went there always seemed to be someone in uniform. 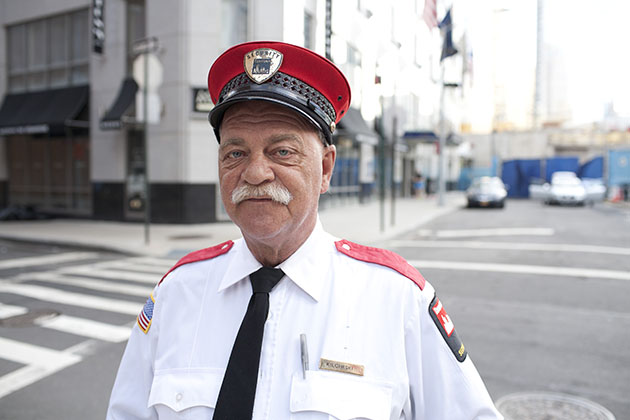 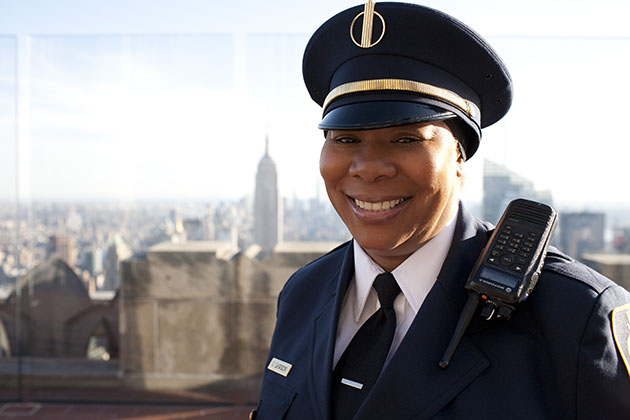 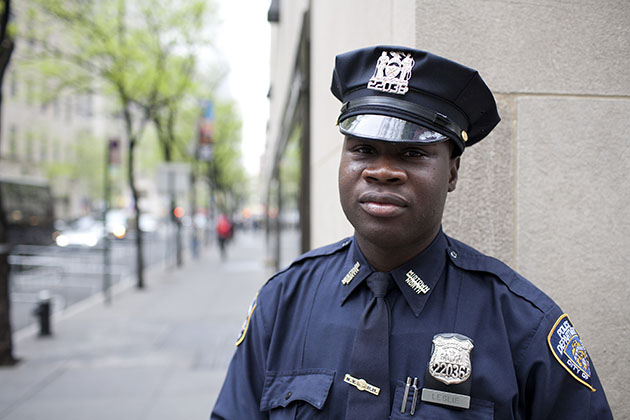 At the end of one day's shooting, I'd already packed my camera away when two people walked past giving out flowers as a promotion for a health club. I quickly unpacked everything and ran after them to take their picture. 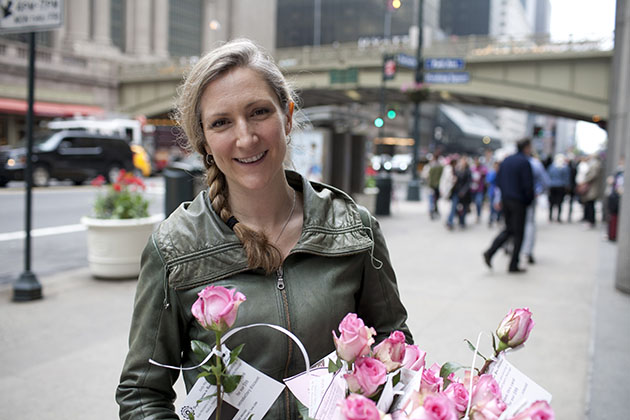 Since 9/11, fireman have become one of the most iconic images associated with New York City. I had to wait all week until I found one of America's heroes. 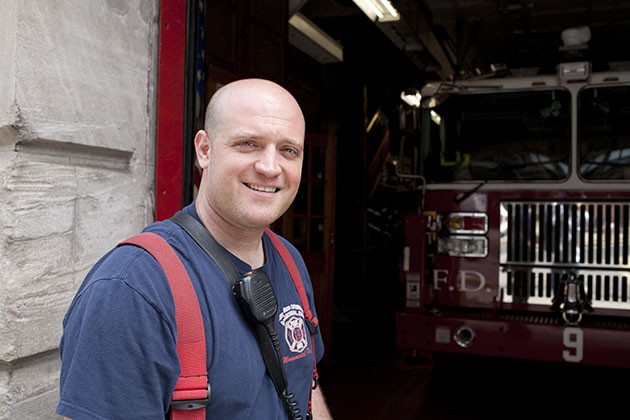 Once I started talking to people, I found New Yorkers to be very friendly and approachable. I didn't encounter any stereotypical rudeness and no one was in a terrible hurry. Surprisingly, everyone seemed to have a lot of time for each other.

I can't wait to go back and capture another aspect of New York City.

Equipment wise I chose to use a Canon 35mm L Series prime lens attached to my Canon 5D for a few of reasons. A 35mm lens is ideal for street portraits in that I could get quite close the subject and at the same time get in plenty of background to give the photos context. The small size of the lens made me less conspicuous that had I used a long telephoto lens. If I taken a lens with a long focal length I may have been tempted to shoot from too far away - rather than get close to the subjects. I probably wouldn’t have been able to stand too far back anyway. And, as any half decent photographer knows, prime lenses are also amazingly sharp.